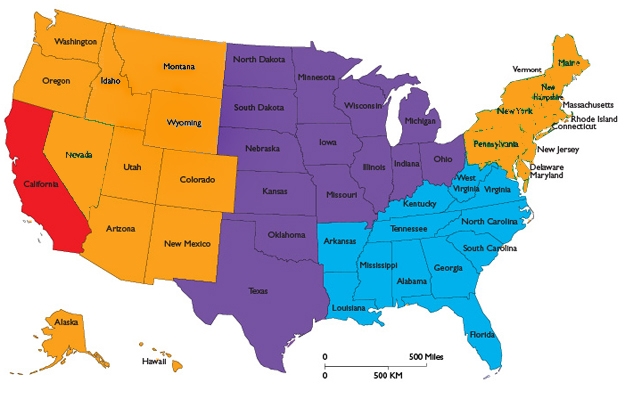 efaur@hallwines.com | Office (707) 967-2661 Cell (415) 425-3495
Elise joined HALL in 2013 and oversees the distribution of HALL and WALT wines in the United States and abroad. Prior to HALL, Elise was the Director of Sales for Morgan Winery, specializing in Pinot Noir and Chardonnay from the Santa Lucia Highlands. She also served as a Regional Manager for Jordan. Prior to working for wineries, Elise held numerous positions in the hospitality field, including Director of Wine, Director of Food and Beverage, and Beverage Director for multiple hotel and restaurant properties in Hawaii. Elise has an undergraduate degree in Philosophy from UCLA and a Masters degree from the University of Hawaii. She has also completed the Advanced WSET with Merit.

nfox@hallwines.com | Cell (415) 271-3700
Nicky is the sales manager for California. Nicky is a native of Australia who came to the United States to embark on her career in the restaurant business. After several years owning and co-running a fine dining restaurant in Florida, she relocated to San Francisco in 2000 to begin a five year National Sales position with Old Bridge Cellars. Following this, Nicky worked as Western Regional Manager for Negotiants USA, then launched and managed national sales for Mollydooker. More recently, she ran her own wine import consulting company and was Western Regional Manager for Mt. Beautiful. Nicky received a bachelor’s degree at the University of New South Wales, Australia, and is a certified first level Sommelier with the Court of Master Sommeliers.

rlinares@hallwines.com | Office (212) 759-2008
Renee is the sales manager for the Northeast region and is based in Brooklyn. Renee's previous roles include Northeast Regional Manager at Europvin, Sales Manager at Row Eleven Wine Company and New York market manager for Vintner’s Estates Direct Importing.

rreeves@hallwines.com | Cell (813) 728-8777
Richard is based in Tampa, Florida and is responsible for sales and distribution in the Southeast. Before joining HALL, Richard worked in the wine business for more than 15 years. Beginning his career in 1991, Richard worked for Southern Wine and Spirits, eventually rising to District Manager. He then spent three years as a state manager of the Gallo Vanguard division then four years with Beringer Blass Wine Estates eventually moving on as a regional manager with W.J. Deutsch. Richard oversees twelve states in the Southeast region. Joined Hall Wines in July, 2006

cnuzum@hallwines.com | Cell (225) 937-9073
Chad Nuzum joined HALL in August of 2012 as our Midwest Regional Manager. Prior to joining the HALL team, Chad worked for four years on the distributor side. During his time there he had experience selling Diageo, Constellation, LVMH, and Gallo to retail accounts. Chad joined the fine wine division and became a key account representative handling high profile restaurant and retail accounts. He moved to Dallas in 2012 and continued working within the fine wine division before joining HALL. Chad received his bachelor’s degree in Business Management with an Entrepreneur focus from Louisiana State University. His territory includes fourteen states within the Midwest region.