Chris and Melissa travel across Sonoma to WALT’s Bob’s Ranch estate vineyard. They’re met by WALT winemaker Megan Gunderson-Paredes who tells them about the multitude of clones and rootstocks that make up what might be WALT’s most unique vineyard.

The Sonoma County appellation is California’s most extreme climate thanks to the Pacific fog and strong winds that flow through the Petaluma Wind Gap, a break in the jagged mountains at Bodega Bay. A single day might see a temperature flux of 50 degrees Fahrenheit. Enveloping morning fog gives way to late morning sun warming the vines and prompting an ideal dose of photosynthesis before the cool afternoon breezes usher nightly fog. As a result, the appellation’s growing season is extended as most Pinot Noir ripens evenly on the vine until mid-October. Shop for Sonoma County Wines.

Bob's Ranch is one of WALT's Estate Vineyards. Located just east of Sebastopol, the vineyard lies in the Sonoma Coast AVA with influences of the nearby Petaluma Wind Gap. A cool climate vineyard influenced by coastal breezes along low rolling hills and morning fog. This marine layer keeps the vineyard 15 degrees cooler than the rest of the Russian River northern neighbors. The terroir is mostly fine sandy loam soil that gives excellent drainage which leads to low vigor vines and small yields. There are 43 blocks on 72 acres with 9 distinct clones of Chardonnay and 17 distinct clones of Pinot Noir.

Chris and Melissa head to Sonoma’s renowned Gap’s Crown vineyard. WALT Director of Vineyards Don Munk meets up with them and shows them why it’s such a special site.

The picturesque Gap’s Crown vineyard is perched on a hillside. The site is in the direct path of the Petaluma Wind Gap, characterized by coastal fog and the cool, steady winds from the Pacific Ocean. This vineyard’s reputation has quickly ascended as one of the best in the Sonoma Coast appellation. Vineyard Manager, Mike Cybulski, and his dedicated team practice vine-by-vine farming to optimize the vine and fruit development throughout the growing season. Gentle slopes and extremely rocky soils produce wines of great depth and richness. The terroir of the vineyard will change with elevation with more fertile ground near the bottom and hard, rocky soils evident in the upper blocks where we source fruit.

The Green Acres Vineyard is a certified sustainable vineyard, first planted in 1969 by the Sangiacomo family. Due to the distinctive character and intensity of the grapes, this is one of the most sought-after Sonoma Coast Chardonnay vineyards. There is one organically grown block, and five of the original acres of Chardonnay (“The Heritage Block”) planted in 1969 to the Old Wente clone on St. George rootstock which still remain. The vineyard is bordered by Sonoma Creek on the east with Fowler Creek running down the middle. 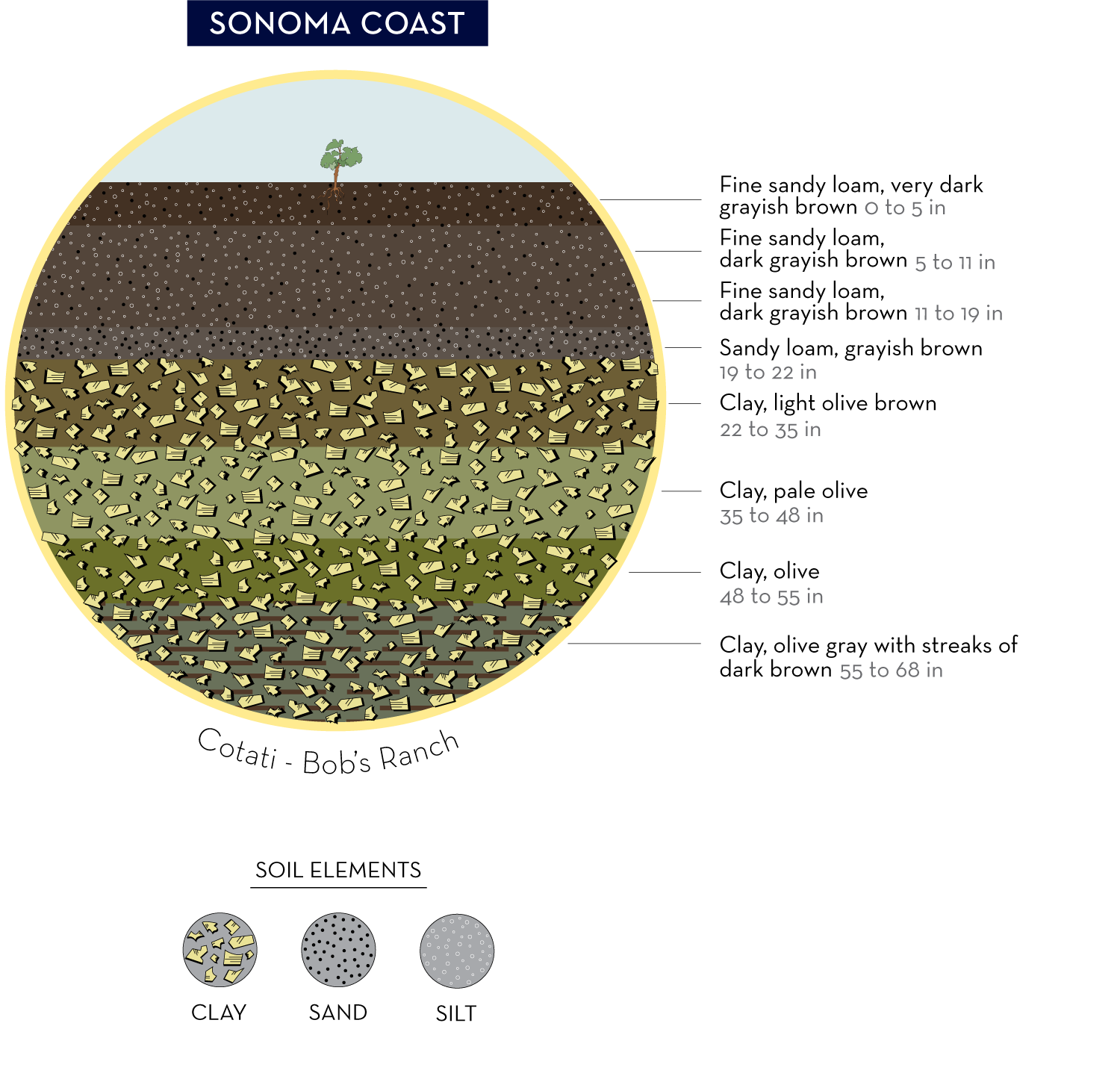